On October 12, a 34-year-old worker, named Chang Minkwan, was crushed to death after being sandwiched between five tons of iron materials and a wagon at 08:20 a.m. As he was unloading the materials to put them on transferring platform using the overhead crane. Meanwhile, the other crane, which was transferring the wagon crashed the one. He was caught between the transferring platform and the materials by the impact of the crane`s collision. He was taken to a nearby hospital shortly after the accident, however was pronounced dead at 09:22 a.m. The Regular Workers` Union in HHI announced, “Regarding this terrible accident, we will accuse the management and the persons who are in charge of labor safety in HHI, and urge HHI to hold the consultation council on the safety and health, which is based on The Occupational Health and Safety Act,.” This year, already 12 workers have died while at work in HHI complex. Including the accident aforementioned, 8 out of the total 12 are subcontracted workers. (table below) 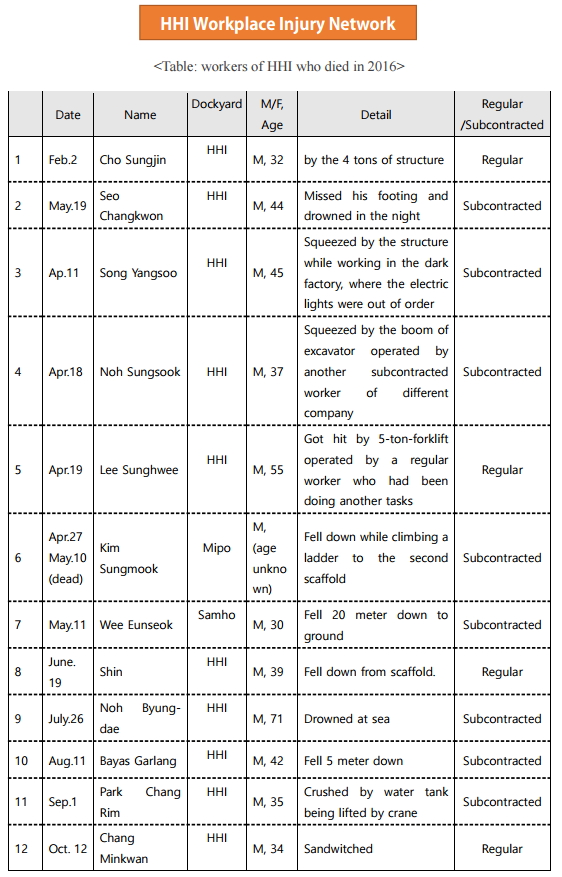